We were thrilled to deliver the opening ceremony for the Solheim Cup 2019 at Gleneagles, Scotland.

This iconic event set amongst the rolling Perthshire hills,  is the pinnacle of women’s golf with the best players from Europe and the USA going head-to-head in match play format.

Catalyst were tasked with providing an impressive stage set up including LED screens, stage graphics, sound & lighting. Our talented team worked seamlessly with other contractors on site to produce a spectacular event which was cast to an audience of over 3 million viewers live on Sky Sports. 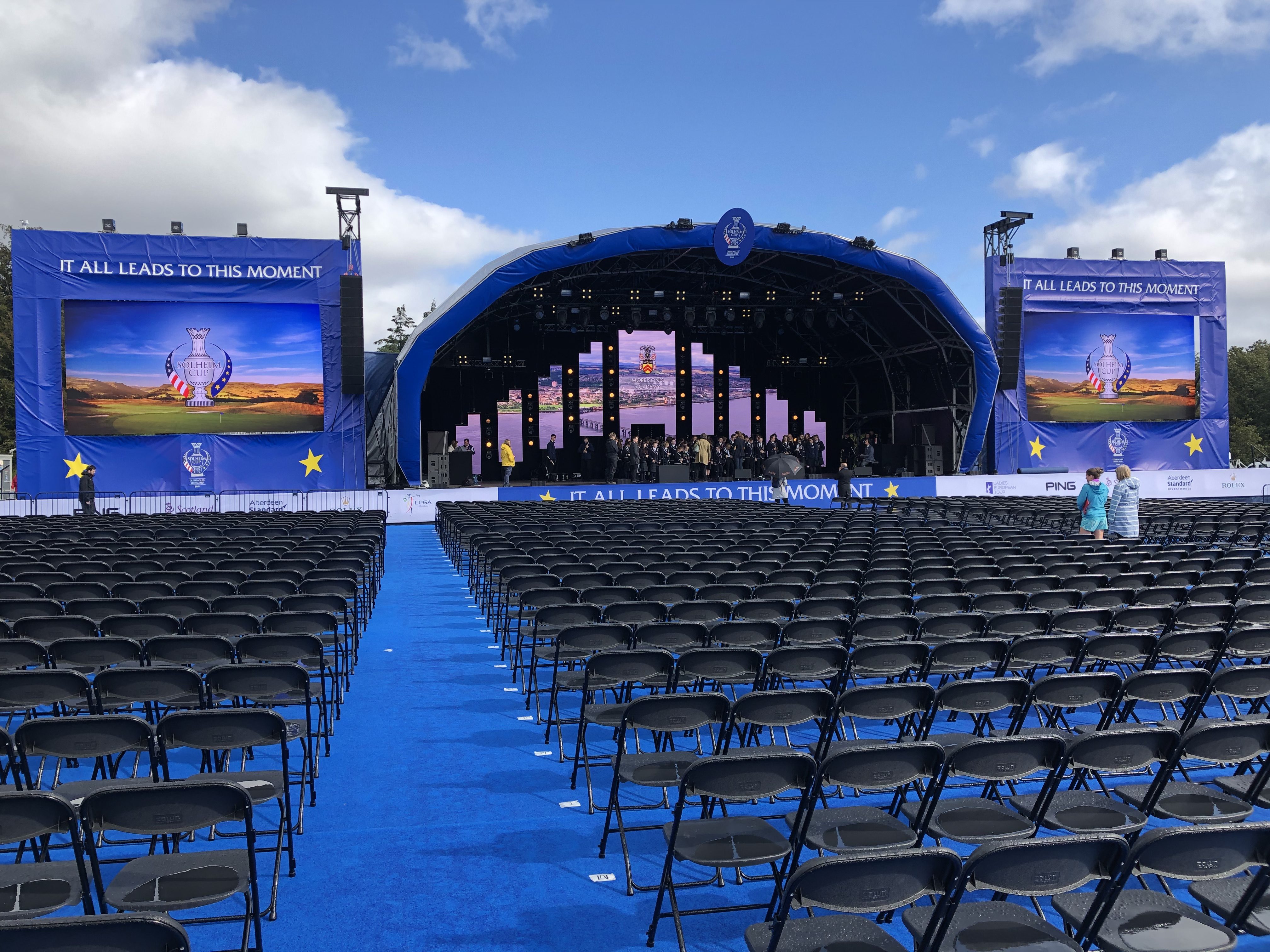